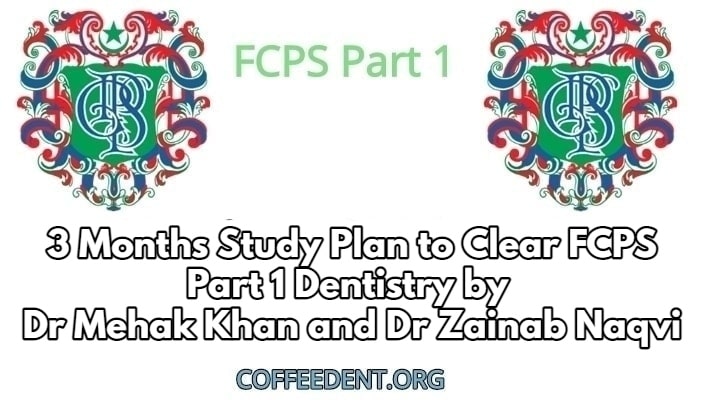 Books to be followed for FCPS part 1 Dentistry:

Theory would be covered by doing theory of Special Pathology, Microbiology and Pharmacology.

No need to do theory(do whatever comes in MCQs of Coffeedent and Asim & Shoaib).

No need to do theory(do whatever comes in MCQs of Coffeedent and Asim & Shoaib).

Give 61 days to theory along with MCQs of Coffeedent and Rabia ali:

Remember that CVS and Respiration include in thorax obviously(I haven’t forgotten or missed them in schedule).

General Pharmacology would be covered while doing the section with which 1 is mentioned(Cell and ANS section). If you want to do General Embryology, General Histology, General Anatomy, General Pathology and Geneneral Paharmacology before other sections then that is your choice – whatever suits you. Sequence of sections(1 – 9)  is also your choice.

Now you are left with 23 days: Do Coffeedent and Rabia Ali preferably 2 times again(do MCQs based study – while doing MCQs if you need to see theory you can, there is no restriction). It is preferable to do Asim and Shoaib once again as well. Last and most importantly do past papers given separately in Coffeedent 2,3 times before exam(you have done them before too because those MCQs have been added in Subjects wise MCQs too and separately in past papers too. But do them again and again).

Do all MCQs atleast 3 times, if you don’t get much time then do them twice and for the third time do those topics or subjects which you find difficult or which are forgettable.

You could also watch video lectures online if you need to see them for understanding of any topic. (optional)

These are 91 days in total. As in 3 months everyone would get atleast one month for 31 days as well, so nothing to worry, 91 days would make 3 months.

You have done your best, now leave rest on Allah. Allah would do best now. Don’t be panic, just relax now especially keep you mind fresh on exam day. If mind is relax it would work properly and more efficiently. 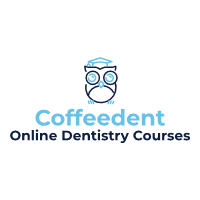